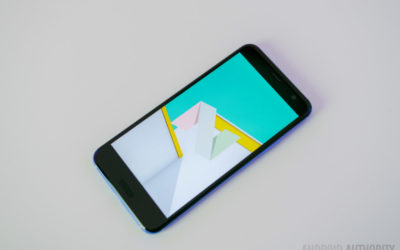 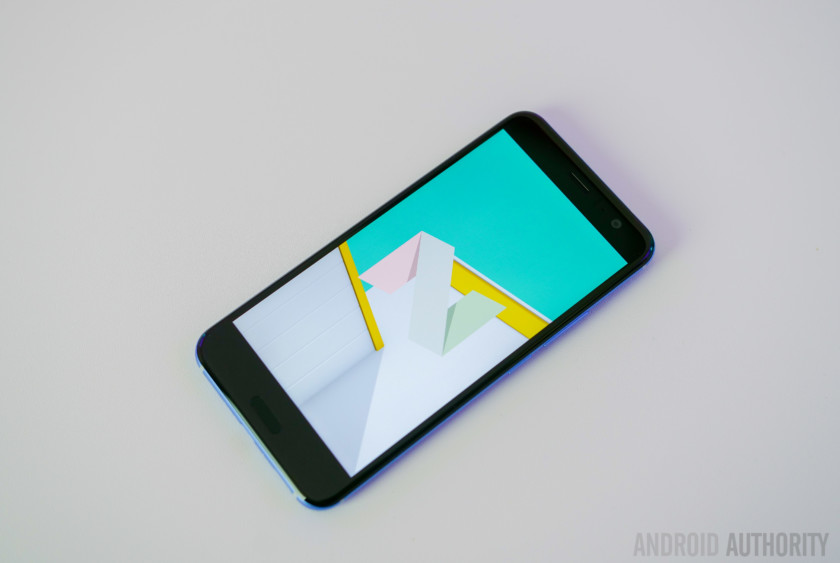 Nougat continues to grow, albeit by just two percentage points, while other versions are slowly but surely getting pushed out of the chart.

See also:
Everything new in Android O: features and changes

Everything new in Android O: features and changes

Every month Google releases updated Android distribution numbers, and every month we get to see just how slowly the latest version has been rolling out to devices. At the beginning of August, Android Nougat came close to beating KitKat, reaching 13.5% of total devices. It’s now been almost exactly a month since Google released the August Android version distribution chart, and while not much has changed, Nougat is continuing to gain ground over previous versions of the OS. Android 7.0, to be more specific, has increased from 12.3 percent to 14.2 percent while Android 7.1 increased from 1.2 percent to 1.6 percent. Indeed, according to the latest distribution, there are now more devices running on Nougat than on KitKat, and that is the trend we should be seeing. Marshmallow still remains the most widely-used version of the OS, however. You can have a look at the pie chart below for all versions of Android: 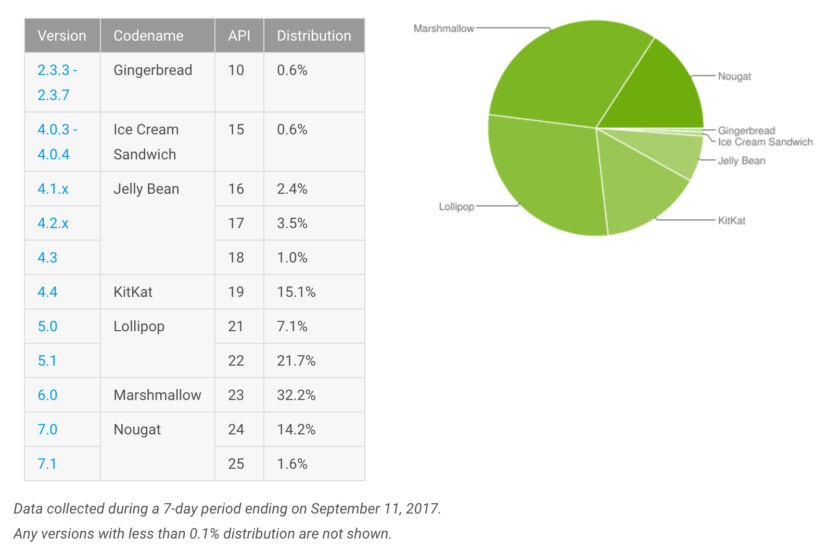 Nougat has been seeing comparatively small monthly gains since it first appeared on the LG V20 last September, increasing by one or two percentage points per month on average, but as devices like the Samsung Galaxy Note 8 and LG V30, which have Nougat pre-installed, continue to launch across the globe throughout September and October, and as older devices continue to be upgraded, we are bound to see an even more dramatic shift in the distribution chart in the coming months. However, with Android 8.0 now available, it seems the issue of fragmentation won’t be going away anytime soon in the Android world.

Are Android updates getting slower?

From KitKat, to Lollipop, to Marshmallow and now Nougat, each new version of Android appears to be hitting fewer devices and doing so in a slower fashion (see the chart below). Why is that? It’s possible that OEMs are becoming less concerned with rolling out updates quickly, which would explain the weaker curve in the graph below, but this likely isn’t the major issue (OEMs are probably well aware of the importance consumers places on timely Android updates).

We know that people are also holding onto their phones for longer periods of time, which means the number of active devices running older versions of Android stays high. Further, there are still Android devices launching without the latest version of Android out of the box, attributable to the rise of lower-cost Chinese devices and increased market growth in developing countries. 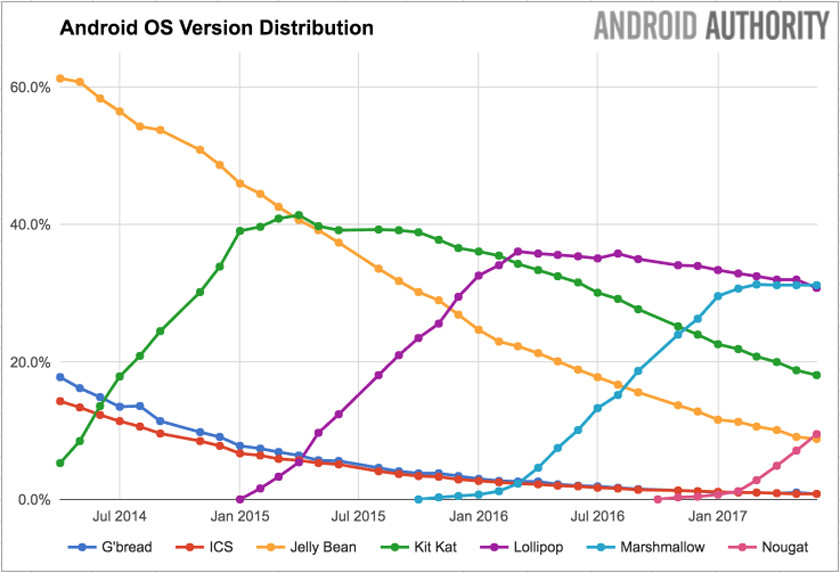 However, the increased rate of release for major Android versions may be one of the big reasons for the shape of the graph above. Jelly Bean was out for about 16 months before KitKat arrived. KitKat stuck around for slightly over a year followed by Lollipop which just scraped past 11 months before Marshmallow hit the scene. Then Marshmallow itself was only out for ten and a half months before Nougat showed up in mid-August. Shorter OS version shelf lives equal lower market penetration.

The other key factor here is that each new Android version arrives with more Android devices in circulation, meaning its immediate impact is decreasing. When all of the major OEMs got their flagships up and running with Ice Cream Sandwich, it represented a significant share of Android phones because there were far fewer of them. There are more than two billion monthly active Android devices in use now, so there is simply more ground for the latest Android version to cover.

Being on the latest version of Android isn’t as important as it once was, though. With Play Services, for instance, Google can push out important updates to just about every Android device without the need to bake it into Android (thus requiring an entire software update). Plus, a good amount of OEMs have been focusing on rolling out the latest Android security patches to their devices, which means Android phones aren’t as vulnerable to attacks as they once were.

Alison Brie was asked to go topless for Entourage audition