Gboard is getting smarter

Perhaps the most exciting update mentioned is one coming to Google’s keyboard app, Gboard. It looks like Gmail’s Smart Compose functionality will soon no longer be exclusive to the email client and will be coming to Gboard as well.

This sentence completion technology uses machine learning to predict what the user is going to type next. Since Google appears to be baking Smart Compose into its keyboard app, it should be available whenever you use Gboard. However, we will have to test it out before we can say for certain or not.

It also looks like Google will include GIF suggestions based on what emotion the user types. According to Wong’s tweet, typing things like happy, angry, or sad reveals a series of related GIFs that the user can then include in the message.

Google Digital Wellbeing is testing to let you cheat on Focus Mode by taking a break for a certain amount of time pic.twitter.com/sLT6sDfV8n

Digital Wellbeing should also receive updates in the near future. Android 10 bought a new feature to Digital Wellbeing called Focus Mode. Soon, users will supposedly be able to pause Focus Mode for 5, 15, or 30 minutes thanks to its new “Take a break” feature. Users will also be able to pause and unpause individual apps, giving them granular control over which ones can get their attention.

Google Contacts doesn’t see radical updates very often. The app’s next update will reportedly be no different, but it should be one of its bigger ones. Google is experimenting with a few UI tweaks and feature improvements.

Most notably, users will be able to search for contacts in other messaging apps like Telegram and Facebook Messenger. This will make Google Contacts a one-stop hub for all the user’s contacts across all services.

On top of that, the contacts shortcuts UI will shift down for easier access, Google is revamping the contacts sharing functionality, and migrating contacts between Google accounts will be easier than ever. There look to be more updates coming to contacts, but we will have to wait for an official release to get our hands on them.

Gallery: Google Pixel 4’s Astro mode is out of this world

The best Google Pixel 4 XL cases you can buy

Google Pixel 4 will get eye detection toggle for face unlock, but when?

We asked, you told us: Unsurprisingly, you have some feelings about the Pixel 4

America Ferrera checking back into Superstore for series finale

Tesla Force, a rogue-lite sequel to Tesla vs Lovecraft, is heading for iOS later this week 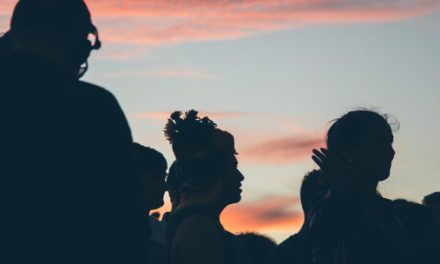 The team behind Glasslands Gallery and PopGun Presents! to open Elsewhere in Brooklyn

American Authors pay homage to the “Champion” in their life