According to The Verge, citing legal filings, the suit is calling for three new, independent directors to join the parent company’s board. It’s also urging an end to so-called “dual class voting structure,” which would reduce the power of Google’s founders Larry Page and Sergey Brin. Additionally, the filing is calling for the accused executives to return their exit packages.

The suit also proposes several actions to better tackle sexual harassment and discrimination cases. These proposed actions include tighter internal controls against harassment, the elimination of non-disclosure agreements in these cases, and an end to forced arbitration.

The filing comes following allegations made against former Android bigwig Andy Rubin last October. Google reportedly allowed Rubin to resign with a $90 million exit package, despite that he’d been accused of sexual misconduct.

Essential in 2019: A clouded future

2017 was supposed to be Essential’s coming-out party. With a reported valuation of $1 billion, Android co-founder Andy Rubin at the helm, and the near-bezel-less wonder known as the Essential PH-1, Essential should made a …

“The rational and reasonable inference from these facts is that Larry Page and Google’s directors wanted to make sure Rubin was paid handsomely to ensure his silence, since they apparently feared that if they fired Rubin for cause, he would sue Google for wrongful termination and all the tawdry details of sexual harassment by senior executives at Google would become public,” reads an excerpt of the filing.

Google CEO Sundar Pichai issued a letter to staff at the time Rubin’s payout was made public, claiming the company fired 48 employees in the past two years for sexual misconduct. He added that none of the 48 employees had received an exit package. But of course, this still doesn’t explain Rubin and the other two executives.

NEXT: The best Chromebooks of CES 2019 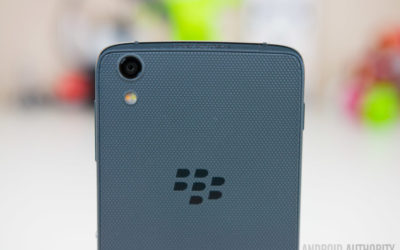 This is the upcoming BlackBerry ‘Krypton’ according to Evan Blass