Update, June 30, 2021 (11:00 AM ET): We saw the Samsung Galaxy S21 FE pass through the FCC recently, indicating an imminent launch in the US. We also have rumors that the phone might only land in that country and Europe. Read on for all the latest!

Original article: In 2020, the Samsung Galaxy S20 FE (which stands for “Fan Edition”) surprised us all with how good it was. In fact, it was so good that it ended up walking away with our 2020 Best of Android Editor’s Choice award. With that kind of pedigree behind the phone, it’s no surprise that we are very excited about the Samsung Galaxy S21 FE.

The problem Samsung faces this year is the existence of the regular Galaxy S21. It’s only $100 more than the Galaxy S20 FE and offers a lot of very similar specs. It’s possible Samsung painted itself into a corner and the Galaxy S21 FE could end up simply being a Galaxy S21 with only very subtle changes.

With all that in mind, below you’ll find everything we know so far about the Samsung Galaxy S21 FE. Be sure to keep this page bookmarked! We will update it with new rumors and confirmed info as we get closer to the launch date.

Samsung has not formally confirmed that it will launch a device this year called the Samsung Galaxy S21 FE. However, there have been multiple bits of info that make it a sure bet.

First, in 2020, Samsung committed to releasing “Fan Editions” of its major flagships every year going forward. Obviously, the company could go back on that promise, but that heavily suggests we’ll see a Galaxy S21 FE. Next, Samsung’s website did briefly reference a phone by that name. Now, this could have been a simple typo, but it lends more weight to the idea that this phone is on the way.

Finally, we saw a leaked roadmap of Samsung’s plans for product launches in 2021, and the Galaxy S21 FE is on the list. The roadmap suggests the launch date could be August 19, 2021. That lines up rather well with when the company launched the Galaxy S20 FE (September 23, 2020). Keep in mind that Samsung launched the main Galaxy S21 series far earlier this year than it has in prior years, so the launch of the FE moving up by a month makes perfect sense.

All these previous leaks led up to an FCC listing on June 29 for what appears to be the Galaxy S21 FE. For now, it’s a very safe bet that we’ll see a Samsung Galaxy S21 FE launch in August this year.

Last year, the Galaxy S20 FE looked a whole lot like the Galaxy S20 lineup. This year, we expect to see Samsung do the same thing with the 2021 iteration.

Thanks to reliable leaker Steve Hemmerstoffer (aka @OnLeaks), we already have a solid idea of what the Samsung Galaxy S21 FE could look like. And, to no one’s surprise, it looks a lot like the vanilla Galaxy S21. See the images below for yourself:

A few weeks after the Hemmerstoffer leaks, serial leaker Evan Blass chimed in with some more renders. These ones show off the varied colorways that might be available:

Do note that the Galaxy S20 FE received six colorways, and we’ve only seen five so far for the follow-up. As such, there could be a sixth colorway we haven’t seen yet.

Aside from the color palette, the Galaxy S21 FE looks pretty much exactly like the Galaxy S21 lineup (barring the Galaxy S21 Ultra, of course). Unfortunately, it does not appear that Samsung is bringing back the headphone jack, which is disappointing but not surprising.

So far, spec rumors related to the Galaxy S21 FE are hard to come by. Last year, we could look at the vanilla Galaxy S20 and point out some obvious ways Samsung could slash features to get the price down.

One thing we did hear, though, is that the Galaxy S21 FE might not get the same battery as this year’s Plus model, which is what happened last year. Instead, it looks like it could have a 4,500mAh cell. That makes it 500mAh bigger than the Galaxy S21, but 300mAh smaller than the Galaxy S21 Plus. That FCC listing we mentioned also suggests 45W wired charging could be included, which would be a huge change for the series (the Galaxy S21 Ultra is the only phone with those charging speeds).

A big question is whether or not the Snapdragon 888 processor would be included with the Galaxy S21 FE. Thankfully, the previously mentioned FCC listing suggests that it will be onboard.

Finally, one curious rumor is the Galaxy S21 FE’s relation to the Note line. Samsung confirmed that there won’t be a Note phone in 2021, but Evan Blass posits that the S21 FE could be what lands in place of a Note. Now, this could just mean that Samsung is going to put the same resources behind the S21 FE that it would have for a Note phone. But it could also mean that the S21 FE is a pseudo-follow-up to the Note 20. Lots of questions with this one!

We have seen one price-related rumor so far. According to The Korea Herald, Samsung might price the S21 FE at 700,000 to 800,000 won (~$630 to ~$720) in its home market. If true, that would be a significant price drop from the Galaxy S20 FE’s 899,800 won (~$809) Korean launch price. Of course, there’s no guarantee that other markets could see a similar price drop. Although it certainly suggests Samsung is doubling down on the value-driven approach it introduced last year.

If that rumor pans out, the Samsung Galaxy S21 FE could be cheaper than the Galaxy S20 FE! That would certainly be exciting.

As for availability, Samsung is usually really good about making its high-profile devices available globally. However, the ongoing global chip shortage could throw a wrench into Samsung’s plans. In fact, there’s a rumor that the company could only launch the Galaxy S21 FE in the US and Europe. Another rumor suggested there could be production delays, too. Hopefully, this doesn’t cause too many problems!

That’s all the credible rumors we’ve seen so far for the Samsung Galaxy S21 FE! Be sure to bookmark this page to stay up-to-date on the latest leaks.

Wi-Fi hacking: Learn how it works and stay safe online 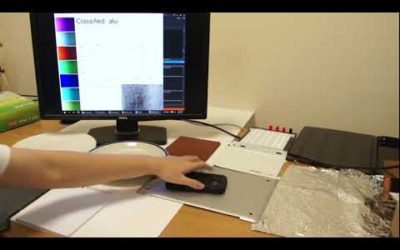