These are the top Android 10 features you should know

Android 10 has officially been released by Google, and it’s quickly landed on Pixel devices, and even the Redmi K20 series. Between privacy-related tweaks, a rebrand, and long-overdue features, it’s clear that Google has been very busy with this one. So what are the standout Android 10 features worth knowing? Read on and find out?

When should you expect to receive the Android 10 update? | How to install Android 10: A step by step guide

Google has experimented with a system-wide dark mode for some time now, but the company has finally made it official with Android 10.

Dark mode can be activated via a quick-tile setting or when you activate the battery saver option. Furthermore, a screenshot shared by Google (seen above) shows that dark mode will also affect Google Podcasts, Photos, and Search.

It’ll undoubtedly be one of the most crowd-pleasing Android 10 features when the update eventually lands. But the Mountain View company is also working with third-party developers to implement dark modes in their apps.

Smart Reply for all messaging apps

Smart Reply is one of the better Google features out there, predicting what you’re going to say in response to a message. It’s currently available for Google apps, but it’s now coming to all messaging apps in Android 10.

This means you can now get suggested responses in the likes of WhatsApp and Facebook Messenger — a handy way to save time when a short response will do. These suggestions are all made using on-device machine learning, purportedly maintaining your privacy as the relevant information isn’t sent to Google’s servers.

Many Android enthusiasts have criticized the platform’s sharing functionality for being slow and unintuitive. Fortunately, Google has overhauled this menu in Android 10.

The new sharing menu is meant to be much faster than the legacy menu, but it’s also supposed to do a better job of recommending contacts and apps for sharing.

One of the more prominent user-facing Android 10 features is the so-called Focus Mode, an extension of the Digital Wellbeing suite. As the name suggests, this mode will help you focus by graying out apps you deem distracting and hiding their notifications.

Digital Wellbeing is also getting another feature thanks to integrated parental controls. Google has already offered parental tools via the Family Link app, but out-of-the-box support is welcome nonetheless.

It’s already super easy to toggle Wi-Fi, Bluetooth, and other connectivity options, but Google is making this process a little easier when you’re in apps. Enter the settings panel.

This new popup window can be summoned by apps in certain situations. Google gives the example of launching a browser when in airplane mode. The browser can now tell users to activate Wi-Fi, then automatically summon the settings panel.

Android 10 also brings a new depth format, dubbed (surprise) the Dynamic Depth Format, and it opens the door for depth-editing in loads of third-party apps.

Android 10 release history: The Android Q beta releases and when they landed

Starting in Android 10 “apps can request a Dynamic Depth image which consists of a JPEG, XMP metadata related to depth related elements, and a depth and confidence map embedded in the same file on devices that advertise support,” reads an excerpt of the Android Developers Blog.

Google’s previous Files app was a no-frills affair, and it didn’t even have a shortcut in the app drawer. Fortunately, the Android 10 Files app is a step above the previous version.

Not only does the new app have a shortcut, but it also offers a revised UI, a universal search bar at the top, and quick access to other apps.

Android 10 also has plenty of privacy-related tweaks, with roles being one of the biggest additions in this regard. With roles, the platform can now automatically grant specific permissions to an app based on its use-case. So a text messaging app would automatically gain the ability to send/receive texts, as well as access to your contacts.

Another major change is a tweak affecting location permissions. Now, users have the option to either grant location access in general to an app, or only allowing access when the app is actively being used.

Xiaomi and Huawei smartphones have allowed users to share Wi-Fi credentials via QR codes for a long time now. So we’re glad to see Google adopt this trend with the new Android update.

The feature is easy to use, as you tap on your Wi-Fi connection, hit the share button, then authenticate with your phone’s password or a fingerprint. From here, you should see a QR code, and your friend can scan this code to gain access. Again, it’s nothing new for third-party brands, but we’re happy Google is catching up in this regard.

The early Android 10 previews introduced more comprehensive gesture navigation, such as sliding your finger inwards from the screen edge to go back. Unfortunately, this gesture didn’t work well in apps with navigation drawers/menus. This meant users wanting to see these overflow menus might accidentally activate the back gesture instead.

Android 10 gestures: Everything you need to know

The release of Android 10 brings plenty of new features and improvements for Google’s mobile operating system, but perhaps the most controversial new additions are the gesture control features that completely replace the older button …

Fortunately, Android 10 has a so-called “peek” feature to solve the issue. Now, users wanting to see an app’s navigation drawer/overflow menu need to swipe in and hold for a second. Once you see the menu “peek” out (see image above), you can continue the swipe gesture to fully reveal it.

This activation method isn’t obvious though, so Google has added visual cues in the form of Google Assistant “handles” in the corners (seen above). Hopefully this subtle addition eases confusion about Assistant’s activation in Android 10.

Google is also bringing another nifty accessibility feature to Android 10, allowing users to stream music via Bluetooth to their hearing aids.

There are many types of disabilities and most of them seem to have a habit of making life difficult. Whether it’s being hard of hearing, visually impaired, or physically disabled, chances are that you can’t …

According to Engadget, the feature uses the new Audio Streaming for Hearing Aids protocol (ASHA) to stream music, calls, and other audio from a Pixel phone.

The feature is reportedly compatible with the Pixel 3 and Pixel 3a series for now, but Google is open-sourcing the platform. So hopefully we quickly see more phones and hearing aids offering this truly useful function.

Another major initiative coming to Android 10 is Project Mainline, an effort by Google to deliver some security updates via the Play Store.

Read more: Here’s the Android 10 Easter Egg and how to see it for yourself

This significantly reduces the waiting time for security updates in theory, as you don’t have to wait for your operator to approve the update. Furthermore, it shouldn’t require a lengthy installation process, working in a similar manner to app updates.

The only real downside to this solution is that some security vulnerabilities can’t be patched in this fashion, necessitating a traditional security update anyway. But it’s definitely a major step in the right direction.

Android 10’s release has also seen XDA uncover evidence of new USB-related functionality in the update. More specifically, the operating system will now display a warning when your USB port is wet. Any connected accessories will also be disabled until you either manually enable them or until the phone detects that the port is no longer wet.

Furthermore, the latest Android update will also issue a warning if your USB port is overheating. You’ll still need to unplug your phone from the charger or USB cable of course, but the warning is welcomed nonetheless.

That’s it for our look at the top Android 10 features! We’ll be updating the article as Google reveals more big changes for the platform. Are there any more features you’d like to see in stock Android?

Wet or overheating USB port? Now Android 10 will warn you

How important are timely Android updates to you? (Poll of the Week)

Video: Get a full overview of Android 10 in just 11 minutes

Here’s how to change your Android 10 system accent color

When should you expect to receive the Android 10 update? 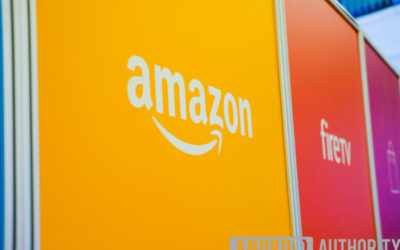 Deal: You can save up to $100 Amazon Kindle products and more

The best new Android games from this week and next! (June 21)